Generally speaking, VA adopts the AP style of written correspondence, particularly when it comes to news copy. VA has its own style for writing which may supersede the AP styles and the variances can be found in the VA Public Affairs Guidelines.

This webpage is intended to provide an overview to AP style and a summary of some AP style rules.

The content of newspapers and other mass media is typically the result of many different writers and editors working together. AP style provides consistent guidelines for such publications in terms of grammar, spelling, punctuation and language usage. Some guiding principles behind AP style are:

The Associated Press Stylebook provides an A-Z guide to issues such as capitalization, abbreviation, punctuation, spelling, numerals and many other questions of language usage. What follows are summaries of some of the most common style rules.

Some widely known abbreviations are required in certain situations, while others are acceptable but not required in some contexts. For example, Dr., Gov., Lt. Gov., Rep., the Rev. and Sen. are required before a person’s full name when they occur outside a direct quotation. Please note, that medical and political titles only need to be used on first reference when they appear outside of a direct quote. For courtesy titles, use these on second reference or when specifically requested. Other acronyms and abbreviations are acceptable but not required (i.e. FBI, CIA, GOP). The context should govern such decisions.

For numbered addresses, always use figures. Abbreviate Ave., Blvd., and St. and directional cues when used with a numbered address. Always spell out other words such as alley, drive and road. If the street name or directional cue is used without a numbered address, it should be capitalized and spelled out. If a street name is a number, spell out First through Ninth and use figures for 10th and higher. Here are some examples of correctly formatted addresses: 101 N. Grant St., Northwestern Avenue, South Ninth Street, 102 S. 10th St., 605 Woodside Drive.

For ages, always use figures. If the age is used as an adjective or as a substitute for a noun, then it should be hyphenated. Don’t use apostrophes when describing an age range. Examples: A 21-year-old student. The student is 21 years old. The girl, 8, has a brother, 11. The contest is for 18-year-olds. He is in his 20s.

Books, Periodicals, and Other Types of Compositions

Use quotation marks around the titles of books, songs, television shows, computer games, poems, lectures, speeches and works of art. Examples: Author Porter Shreve read from his new book, “When the White House Was Ours.” They sang “The Star-Spangled Banner” before the game.

Do not use quotations around the names of magazine, newspapers, the Bible or books that are catalogs of reference materials. Examples:

The Washington Post first reported the story. He reads the Bible every morning.

Do not underline or italicize any of the above.

For dates and years, use figures. Do not use st, ND, rd, or th with dates, and use Arabic figures. Always capitalize months. Spell out the month unless it is used with a date. When used with a date, abbreviate only the following months: Jan., Feb., Aug., Sept., Oct., Nov. and Dec.

Commas are not necessary if only a year and month are given, but commas should be used to set off a year if the date, month and year are given. Use the letter s but not an apostrophe after the figures when expressing decades or centuries. Do, however, use an apostrophe before figures expressing a decade if numerals are left out. Examples: Classes begin Aug. 25. Purdue University was founded May 6, 1869. The semester begins in January. The 1800s. The ’90s.

If you refer to an event that occurred the day prior to when the article will appear, do not use the word yesterday. Instead, use the day of the week. Capitalize days of the week, but do not abbreviate. If an event occurs more than seven days before or after the current date, use the month and a figure.

Always use a person’s first and last name the first time they are mentioned in a story. Only use last names on second reference. Do not use courtesy titles such as Mr., Mrs., Miss or Ms. unless they are part of a direct quotation or are needed to differentiate between people who have the same last name.

Never begin a sentence with a figure, except for sentences that begin with a year. Examples: Two hundred freshmen attended. Five actors took the stage. 1776 was an important year.

For cardinal numbers, consult individual entries in the Associated Press Stylebook. If no usage is specified, spell out numbers below 10 and use figures for numbers 10 and above. Example: The man had five children and 11 grandchildren.

Follow the general rule for prefixes and do not use hyphens:

Malware - unauthorized program or set of instructions as a virus, worm, or Trojan horse, design to disrupt the normal functioning of a computer.

Use a single space after a period.

Unlike the Oxford Press or Chicago Manual of Style, the AP style does not recommend the use of commas before a conjunction in a simple series. Example: In art class, they learned that red, yellow and blue are primary colors. His brothers are Tom, Joe, Frank and Pete. However, a comma should be used before the terminal conjunction in a complex series, if part of that series also contains a conjunction. Example: Purdue University's English Department offers doctoral majors in Literature, Second Language Studies, English Language and Linguistics, and Rhetoric and Composition.

Commas and periods go within quotation marks. Example: “I did nothing wrong,” he said. She said, “Let’s go to the Purdue game.”

When the name of a state name appears in the body of a text, spell it out. When the name of a city and state are used together, the name of the state should be abbreviated (except for Alaska, Guam, Hawaii, Idaho, Iowa, Maine, Ohio, Texas and Utah). States should also be abbreviated when used as part of a short-form political affiliation. Examples: He came from Lafayette, Ind. The peace accord was signed in Dayton, Ohio. The wildfire began in California and moved east toward Carson City, Nev.

Use the two-letter Postal Service abbreviations only with full addresses, including ZIP code.

AP style does not require the name of a state to accompany the names of the following 30 cities:

The exact time when an event has occurred or will occur is unnecessary for most stories. Of course, there are occasions when the time of day is important. In such cases, use figures, but spell out noon and midnight. Use a colon to separate hours from minutes, but do not use :00. Examples: 1 p.m., 3:30 a.m.

Here are the correct spelling and capitalization rules for some common technological terms:

In articles use the name of the website rather than the web address. Only use the ".com" in the name if it is part of the legal name (e.g. Amazon.com Inc). Only provide a hyperlink if the content is not questionable (VA website policies require the use of a disclaimer if linking to non-.gov addresses. See VA6102 http://vaww.va.gov/6102). 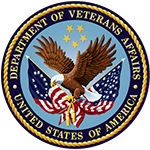 If you are a Veteran in crisis or concerned about one, connect with our caring, qualified responders for confidential help. Many of them are Veterans themselves.

If you are in crisis or having thoughts of suicide, visit VeteransCrisisLine.net for more resources.